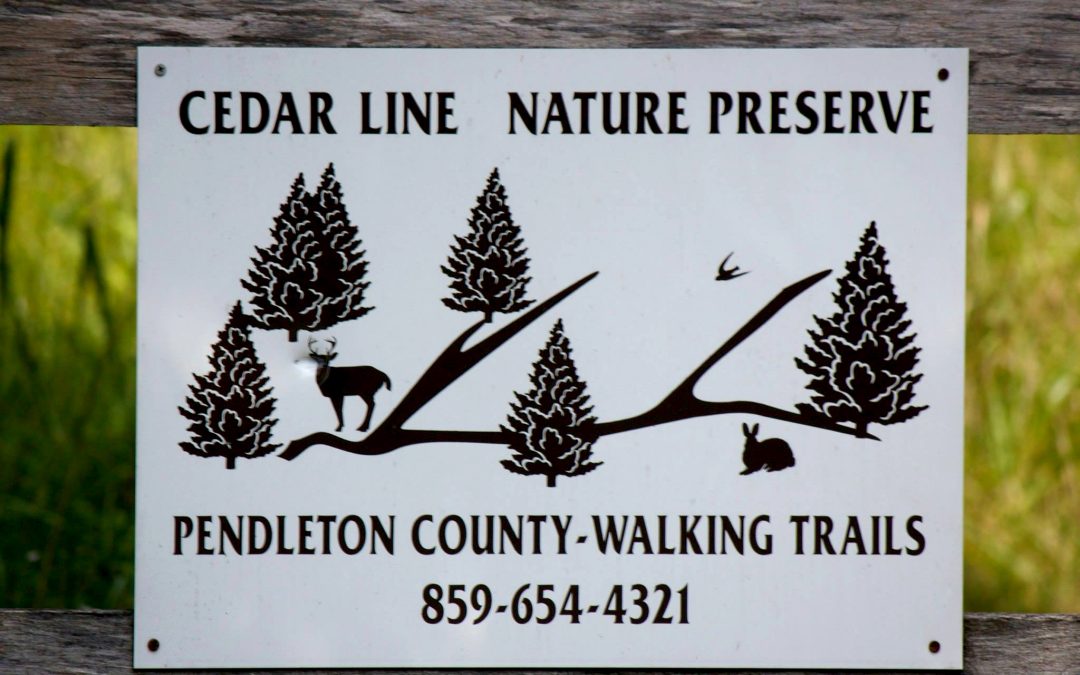 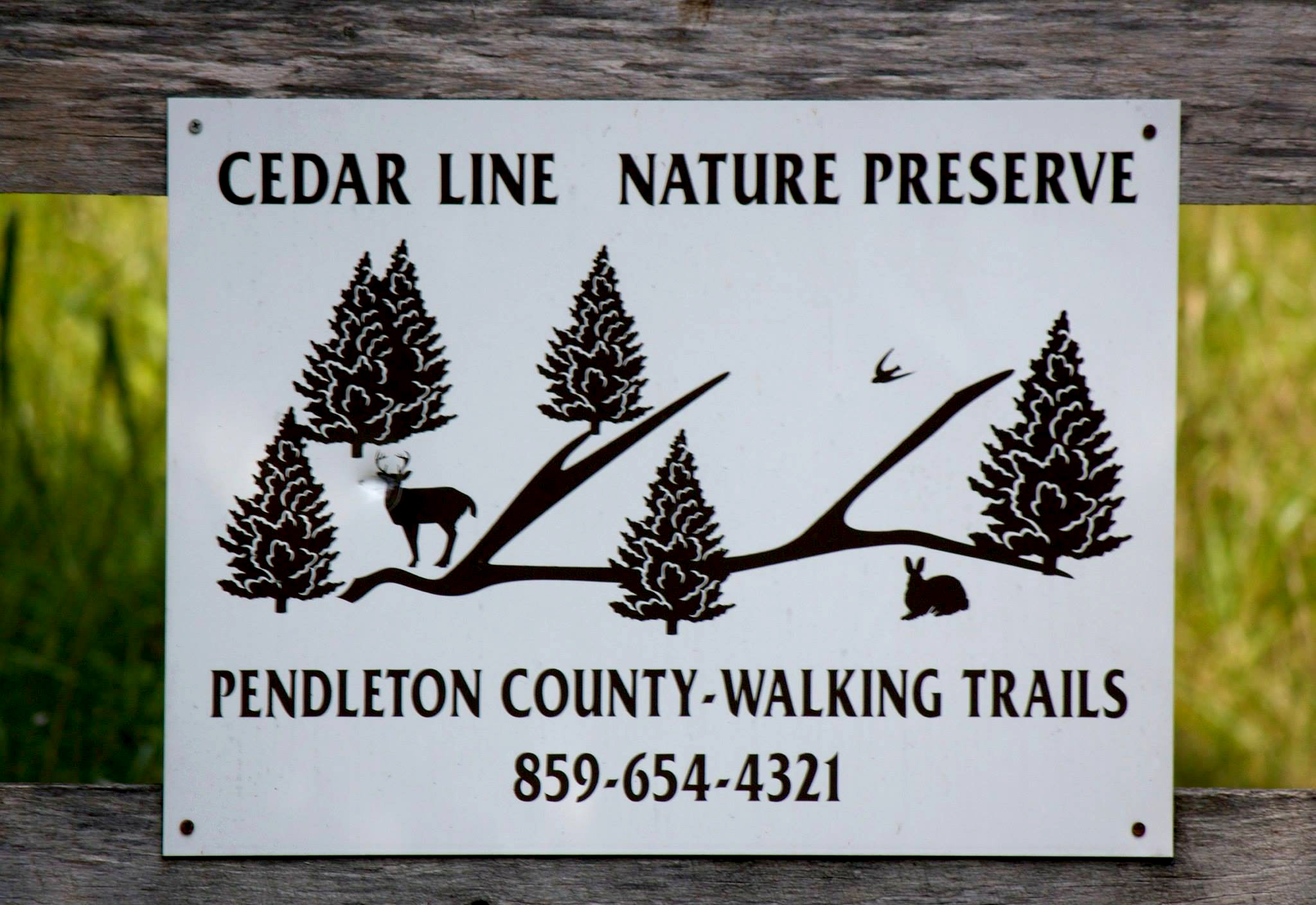 *Open to the Public!*  ​Pendleton County was extremely fortunate in 2004 to have one of its outstanding, caring citizens donate 43 wooded acres to the Pendleton County Fiscal Court to be used as an everlasting wildlife nature preserve. Officials have identified no less than 40 different species of woody plants and trees and more than 38 species of birds that live in and around the preserve. There are also many types of wildlife that move in and throughout the preserve grounds.

The Cedar Line Nature Preserve is situated at the intersection of Flour Creek Road and Hale Road in the north central part of Pendleton County (nteractive Google map) and is open to the public for daily visiting. There are several trails throughout the preserve to be used by the public which make the viewing of the aforementioned vegetation and wildlife convenient and accessible.

This 43 acres trail system has several different path surfaces such as dirt, grass moss and rocks.  Trails cross a couple of streams which are dry most of the year.

Many small, square signs note the trail names.    The trails are often marked with fallen trees and limbs.  No worries on losing your way!  There are also many split wood benches along the trails. The trails are also weed eated several times a year.

Enter the perserve at the break in the fence across from Hale Rd from the gravel parking lot.  A-Trail is the longest Trail, circling the preserves perimeter.  A-Trail passes an old barn, through one of the old rock fences and has junctions with all the other trails allowing a variety of hike loop options.  C-Trail is maybe the most scenic trail, climbing next to an intermittent stream through the center of the preserve.

There are 4 wooden bridges on the property and remnants of 2 rock wall fences.